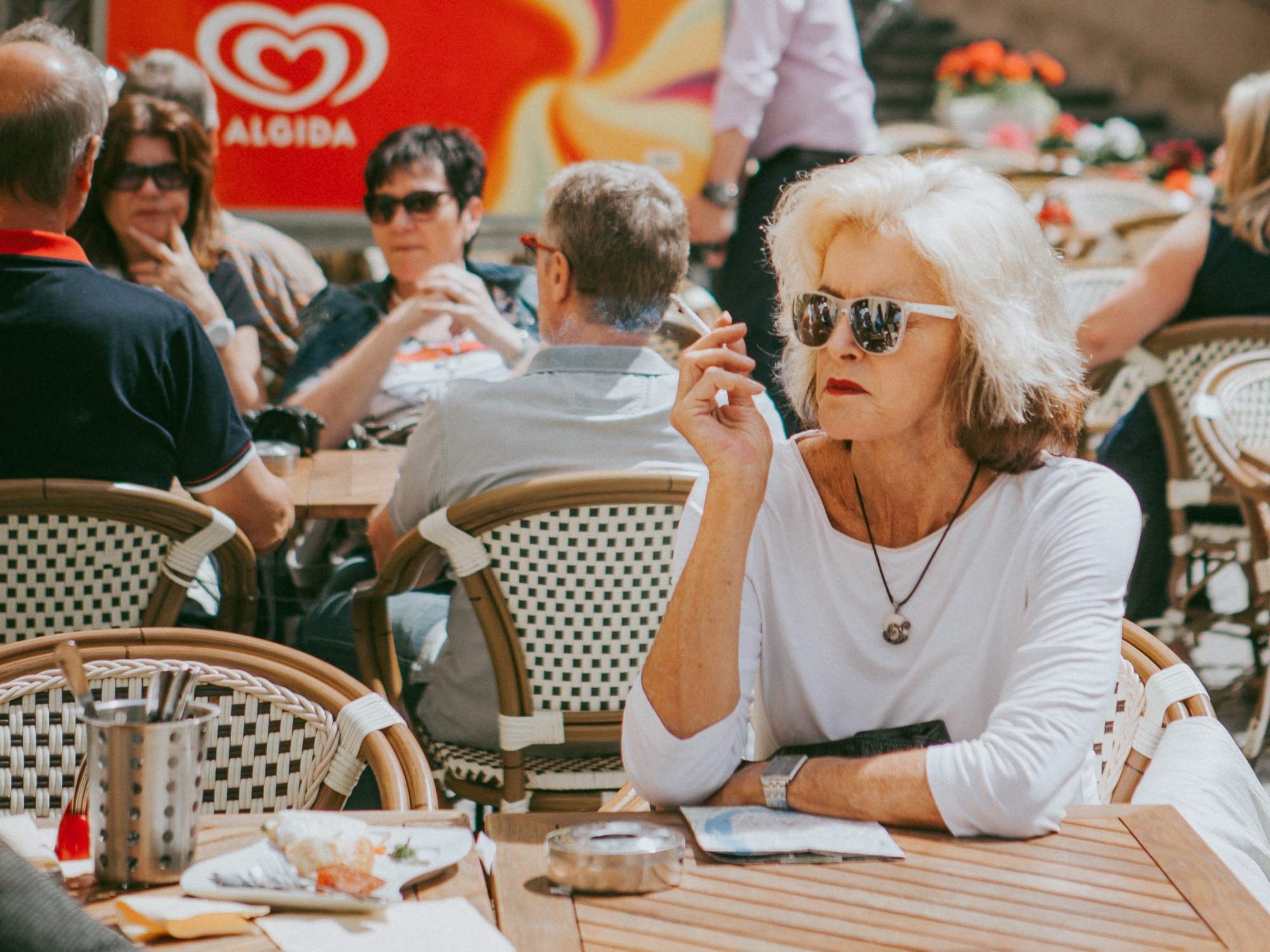 Gazing out of a classroom window in Budapest provides images similar to those found at Baylor University: groups of student gather near their friends to laugh and enjoy themselves. The only difference between the two images is that the students of Budapest often carry cigarettes in their hands, a practice prohibited on Baylor campus.

Cigarette smoke has a curious, divisive quality to it. For some people makes an acrid and unpleasant aroma while for others there is something comforting about the scent. This is paralleled in the vary nature of cigarettes since a great number of people abhor them and others smoke habitually.

Initial impressions of Budapest would indicate that most individuals are of the latter mindset since hazy clouds of cigarette smoke hover around street corners and bus stops throughout the city. The sheer volume of smokers who light up on the streets of Budapest is a stark contrast from the usage seen in most American towns. Additionally, a sizable amount of these users are barely old enough to purchase cigarettes for themselves.

Not only are there more individuals smoking in public, but the people of Budapest do not react to these individuals with the same disdain that is often seen in the US. For instance, lighting a cigarette near a child in the US would be met with shocked expressions and general scorn towards the practice. In Budapest, however, some parents tend to their children with one hand and use the other to hold their cigarette.

Typically, according to the CDC, an individual will smoke for the sake of energy, social standing and to deal with stress. But if it is simply for these reasons that people smoke, usage rates shouldn’t be so disparate between the United States and Hungary. This possibly indicates a deeper significance to the usage of cigarettes, especially in the younger generations who haven’t been smoking for a long period of time. Perhaps it is the permeation of smoking in Budapest’s culture that has led to the elevated rates of smoking, or perhaps it is something more.

For some people smoke is an acrid and unpleasant aroma while for others there is something comforting about the scent.

As a gentle breeze blows nicotine scented smoke in my direction I’m brought back to the days when I indulged in the habit myself. I see so much of myself in the thin, gangly teens who laugh jovially while expelling smoke from their nostrils. What people don’t realize is that smokers are typically aware of the danger that it poses to their health, at least I was.

From my personal experience I found that smoking allowed me to avoid dealing with the anxiety and stress in my life. Additionally, it made me happy, if only for a brief second and that enabled me to set aside the tangible risk to my health. So, as I see the ashes fall from the ends of cigarettes smoked by teens no older than me, I wonder if all they want is to be happy.

Hello! My name is Danny Zermeno and I am a junior Public Relations major with the Baylor School of Journalism. I came to Budapest to learn about a culture that I knew very little about. I greatly enjoy writing about how, despite the cultural and time differences, there is a great deal of common ground between Hungary and the US. View all posts by thebridgedgapsblog