Tucked away in the mountains near the sleepy town of Recsk lies a harrowing glimpse of Hungary’s past. A forced labor camp left over from the communist occupation rests innocuously in a beautiful clearing. The natural beauty of the area does not hint at the grim history of this camp. The camp was originally used to detain enemies of the state. However, “enemies” was a broad accusation since in those days a simple comment could lead to imprisonment. Those detained were treated with incredible cruelty and a disregard for their basic human dignity.

One prisoner, who had also been detained in a German concentration camp, told of how the forced labor camp of Recsk treated him far worse than any German camp. The goal of this camp was not rehabilitation or detainment, it was simply a place where people were worked until they perished.

What has been recreated of the camp serves as a testament to the deplorable conditions endured by the prisoners. Ramshackle cabins with multiple holes in their walls hold recreated beds that are little more than wood and cots. At the rear of the cabin is a cramped area that served as both a washroom and restroom, another reminder of the disregard for human life at this camp.

The most chilling structure at this facility, however, does not immediately convey its cruelty. It is a crude hole in the ground. This hole was used as punishment for insolent prisoners who were forced to endure frigid temperatures and the lapping of groundwater. It was truly a despicable place.

In my opinion, the worst part of the camp was that its existence was unknown to the citizens of Recsk and the people of Hungary. The camp was a closely guarded secret and the few individuals aware of the camp turned the other way and denied its existence. 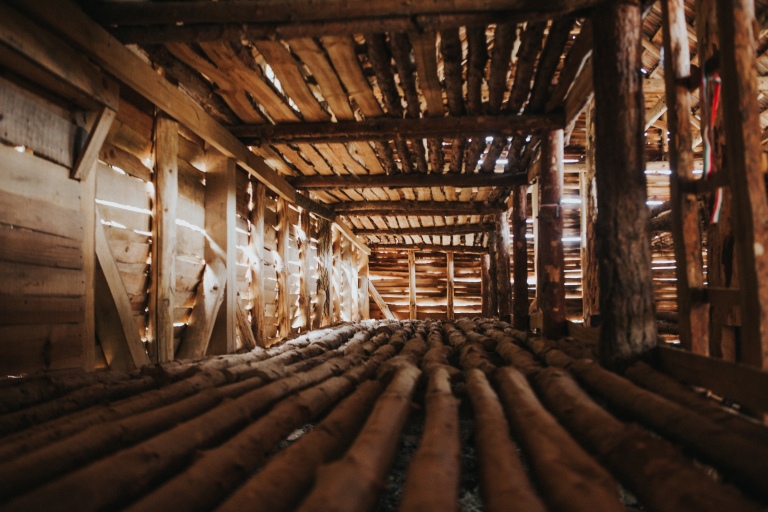 Walking through the replicas of cabins I saw a small wasp banging against the dirty window pane. It frantically struggled to escape from a place where it did not
belong. It made me think of all the souls that must have felt as hopeless as the wasp and I hope that the memorial serves as a lasting reminder of what man can do and what he can never do again

Hello! My name is Danny Zermeno and I am a junior Public Relations major with the Baylor School of Journalism. I came to Budapest to learn about a culture that I knew very little about. I greatly enjoy writing about how, despite the cultural and time differences, there is a great deal of common ground between Hungary and the US. View all posts by thebridgedgapsblog